Faithful readers will remember that I was recently honored by being invited to  guest sommelier at the Post Hotel ( http://www.posthotel.com ) for their annual Wine Summit ( http://astudentofwine.blogspot.ca/2012/07/post-hotel-wine-summit-2012.html )

I could go into detail again and again about the majesty of the setting; the backdrop of rugged Rocky Mountains still capped in snow at the end of May (it snowed twice during the 3 days I was there). I could recant tales of sitting indolently in the smoking lounge; enjoying a brilliantly well-kept Cohiba and sipping aged Gran Marnier whilst reading a new novel. I could even wax poetic about the brilliantly executed service in every department of that luxurious, yet truly comfortable, hotel.

I could, but we'ld be here all day and I wouldn't get to talk about meeting Pierre-Henry Gagey, President of Maison Louis Jadot ( www.LouisJadot.com ).

So the tiniest bit of back-story just for context; Maison Louis Jadot was a family owned and run winery from the mid 1800's until 1985. At that time the matriarch of the family decided to sell interest in the company to 3 major shareholders as she had no heir. These were the three daughters of the Kopf family, who had been instrumental in the continued development of Louis Jadot as a brand, especially in America. At this point Pierre's father was the incumbent Director of the winery and had a more then able assistant winemaker, and Pierre had just come on-board the year previous. Pierre had made his way in the world in a completely different industry before starting to follow in his father's footsteps but, in his own words, "it has brought me a perspective on the world of wine that I would not have had otherwise".

Having had more then one career before turning to wine and wine-journalism, I can understand that on a profound level. I found I understood a lot more about Pierre and his thoughts on wine then I expected going into the lecture... I'm not sure what it was I had expected, but I'm certain I wasn't the only one surprised to genuinely like him so much!

It was easy to like Pierre; quick-to-smile and rarely a negative word crossing his lips, his eyes full of mischief as he talks about tramping through the vineyards... the following is a recounting of that, as co-host Anthony Gismondi ( www.GismondionWine.com ) called it, "Master-class on Burgundy and Burgundian Wines".

Mr Gismondi (Tony as he likes to be called) started by recanting a tale of his first visit to Maison Louis Jadot and what was supposed to be a modest sampling of vintages before the evening meal... the tasting started at about 7 pm with 30 white wines from different vineyard sites. Just when Tony thought that they were nearing the end and could move on to dinner (about 9 pm now) out comes Pierre with 30 different reds! Needless to say, dinner was a glimmer on the horizon not realized until very late in the evening.

Pierre-Henry will tell you with genuine enthusiasm about his work; he is a Burgundian making wine in Burgundy. What's noteworthy about that you ask? Well, truth be told, flying winemakers are everywhere these days and Burgundy is not without it's fair share... Italians, Germans, Australians, Americans, people from across the globe have re-discovered their love for these wines and are coming to try their hand at crafting Burgundian elegance. But Pierre was born here, and loves to find ways to let this land tell it's own story.

In his words "My family has been in Burgundy for many generations and this is what we have been doing. So making Burgundian wine is in our blood... I try not to think too much about it. I respect the grape and try to give to the people who drink our wine some of the landscape."

Pierre then launched into a brief history of the region; speaking of the legacy of winemaking in Burgundy that stretches back over 2000 years. "Of course," he says, "back then we didn't know how to make wine! But we learned. We learned from our cousins in Italy who settled here. And we started with Pinot Noir, which is everything. Pinot Noir was one of the first grapes, and it is the base of everything."

He then cautioned about the necessity in Burgundy to keep the varietal as pure as possible, and not get overzealous with mutations. Clones are a necessity, of course, when considering planting a Burgundian vine in another land. But in Burgundy, the vines have naturally selected themselves into something beautiful and respect must be given to that.

Pierre starts by praising the 2009 vintage as not only being a great vintage for Burgundy, but indeed for most of Europe. "You would have to be an idiot, not to make a great wine this year". But for Burgundy what makes a great vintage is (to Pierre) a great month of September. "You don't want to have too much sunshine because the Pinot Noir is a fragile creature and when it gets too much sunlight the sugars start to rise. The best is good sunlight, light breezes and low moisture: it allows the grape to maintain it's acidity while still developing flavors."
Mr Gismondi then posed the question to Pierre "How do you approach winemaking when you have, let's say, 5 sites all within a few kilometres of each other?"
Pierre's response: "The idea of Burgundy (as concerns wine) is that the  winemaker should always be in the background, never in front. And really, this is the concept of terroir. It is a combination of elements that are crafted by the winemaker... in Burgundy, yes, we could blend our wines (from different sites) together and we know that we would make great wine. We know this! But would lose our identity, we would lose why Burgundy is so unique." 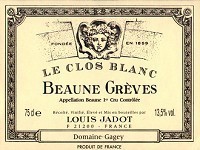 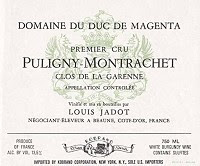 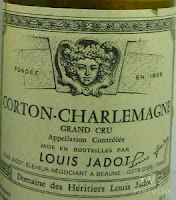 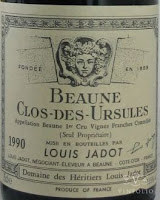 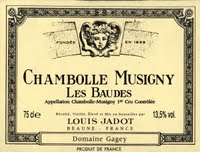 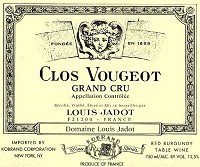 
Pierre is more then friendly, more then polite and well-spoken in several languages. Pierre is authentically passionate, and it's that passion that resonates though his audience and through his wines. By the end of our 90 minute lecture (which ran over by 30 minutes) I'm pretty sure that most of the room was enthralled. We were held captive by an unabashed love of Burgundy, and for what Burgundian soil can produce in it's wines; cool and steely Chablis,  delicate yet layered Cote de Nuits and the rich-fruit-bombs, full-of-earthy-perfume from Morgon and Moulin-a-Vents. Bourgogne (Burgundy) is as capable of greatness in it's wines as any other region.

But not every region has champions like Pierre-Henry Gagey.

As always, I welcome your comments and questions.